It can be shocking and perplexing when your plumbing sounds like a foghorn. When this happens, the best thing to do is figure out where the sound is originating from. In most cases, you can resolve the issue yourself, but in more severe scenarios, you will need to seek professional assistance. 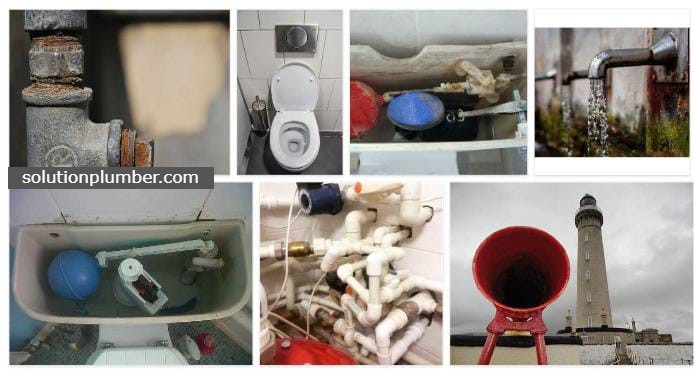 WHERE DOES SOUND LIKE A FOGHORN IN MY PLUMBING COME FROM?

You can investigate your plumbing system below to determine the source of the noise.

The toilet is usually the source of a foghorn sound coming from the plumbing. This noise emanating from your toilet is caused by a problem with the flapper valve, also known as the flapper. The ballcock generates a very loud sound, similar to that of a foghorn, when it becomes old, damaged, or misaligned. If you discover that this is the source of the worrying noise, the valve must be replaced.

You can hear the foghorn sound coming from any faucet in your house. Fortunately, this isn't a significant problem. If the faucet in your kitchen, laundry room, or bathroom is beginning to squeak and make a loud noise, it's likely that a washer has come free. Screws and fixtures loosen with time as a result of regular use. You can fix this by tightening the screws or replacing the washer. Call a plumber if the noise persists or becomes significantly louder.

You've definitely heard your washer or dishwasher make unusual noises as it fills up with water at some point. The harsh, slamming "machine gun" noise, which suggests valve difficulties, is one of the most common noises. This rattle can also produce echoing, foghorn-like sounds if it grows quickly enough.

The issue is most likely caused by a worn out solenoid fill valve, which is similar to the one in your toilet but smaller, stronger, and more difficult to access. Before the valve gives up for good, it's probably time to replace it.

It's not always easy to figure out where the foghorn sound is coming from, and it's frequently coming from behind your walls. If this appears to be the case, contact a plumber before attempting to smash your walls. There are several reasons why your plumbing is creating a lot of strange and loud noises: your pipes could be old, the brackets could be loose, or the pipes themselves could be loose.

A foghorn sound in your plumbing could be caused by a variety of factors. It might be a broken toilet ballcock, a loose faucet washer, or a washing machine valve. It could also be leaking throughout your home, which could be caused by loose or old pipes or a broken regulator.

A ballcock or washer is simple to replace, but more complicated scenarios, such as those involving an older plumbing system or a worn-out valve, will need the services of a licensed plumber.

WHAT CAUSES FOGHORN SOUND IN PIPES?

What makes pipes sound like a foghorn? A foghorn sound in your plumbing could be caused by a variety of factors. It might be a malfunctioning toilet ballcock, a loose faucet washer, or a washing machine valve. It could also be leaking throughout your home, which could be caused by loose or old pipes or a broken regulator.

HOW DO YOU FIX A FOGHORN PIPE?

The simplest solution to fix a foghorn pipe is to remove the top of your toilet and examine whether the "ball" section of the valve can be replaced so that it closes completely. It's preferable to call a professional plumber if you think you'll need to replace the valve entirely.

HOW TO REPLACE PIPE VALVE?

you also need to know about how to fix a water pipe leak water by yourself that may help you in conditioning your plumbing sounds like a foghorn.